Ebo has over 4 decades of outdoor experience which started when he was a young boy, roaming the countryside & hunting with ferrets and lurchers.

He was first introduced to survival training when he joined the Marine Cadets where his troop leader, a former Commando and Borneo Veteran and the CSM, a WW11 Commando Veteran, introduced him to fascinating stories of downed aircrew escaping and evading through Europe with their M19 supplied ‘baccy tin’ survival kits and influenced him to begin developing his own survival instinct.

Early books by the likes of John Ridgeway and Richard Graves also inspired him and he began to test his own capability to survive, exposing himself to the elements with minimal kit to survive outdoors as often as he could.

During military service in the 70’s and 80’s he was chosen to be trained by special/elite forces in combat survival and escape and evasion techniques.

Ebo has travelled extensively to remote parts of Europe and most of South East Asia living amongst local tribe’s people in Northern Thailand, Sabah Borneo and the Dien Bien Phu Valley in Vietnam learning primitive fishing & hunting techniques and the application of living in harmony with nature.

He continues to test and educate himself and lives by the School of Infantry adage: Minimum Weight, Maximum Self Reliance.

Ebo has participated in numerous survival courses and exercises over the years and more recently he has been tutored by and worked with Fraser Christian and Chris Caine, both renowned leaders in the industry.

in 2018 Ebo has undertaken an extreme modern urban survival course to upskill on the latest techniques relevant to the current day and age at the SHTF school of survival in Croatia.

In his spare time, Ebo works as a County Skills Instructor for the Isle of Man Scouts Association and grows his own food. He is a qualified Outdoor First Aider. 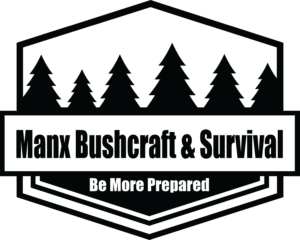 this user does not exist